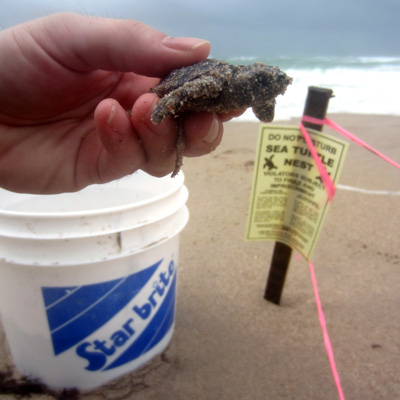 Sea Turtle Oversight Protection, a not for profit volunteer group based in Ft. Lauderdale Florida, had major success for the hatchlings last season thanks to the efforts of all the rescue volunteers in the field and those who worked with the condo's and businesses to raise awareness. Since 2010, over 40,000 hatchlings have been rescued and released that would have otherwise died because of improper lighting that attracts the hatchlings to the city instead of the ocean. S.T.O.P. has helped make some
Monumental changes in the protection management and lighting compliance in Broward County and educated thousands of tourists eager to learn. 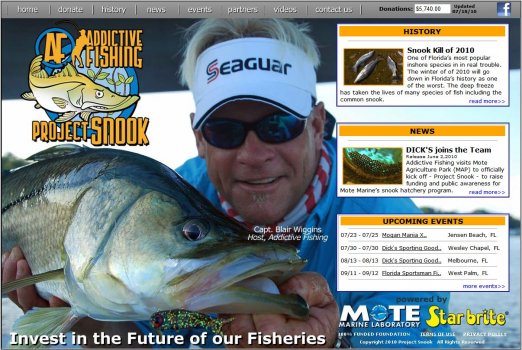 Addictive Fishing Television, McCabe Productions, Inc., and Star brite boat wash have joined with Mote Marine Laboratory to create Project Snook, an awareness and fundraising campaign designed to help science rebuild wild snook populations.
Common snook — already depleted in the wild due to years of recreational fishing pressure — suffered an even bigger hit this year during the deep freeze that descended on Florida in January and February. The record low temperatures resulted in the estimated loss of thousands of snook.

Addictive Fishing Television with host Blair Wiggins, produced by McCabe Productions, Inc., is working to tell the stories of snook science to help make anglers aware of the efforts taking place to support this important fish population in Florida — and to give anglers the opportunity to help.

Star brite has donated 1,000 limited-edition bottles of “Blair’s Boat Wash” to be sold at boat shows, tradeshows and retail appearances at Dick’s Sporting Goods outlets with 100 percent of the proceeds going toward Project Snook. Dick’s Sporting Goods has already signed up to support the effort and made a $5,000 donation to the project. The donation is being used to purchase special lighting and sea salt for the Mote Aquaculture Research Park in eastern Sarasota County where Mote is spawning and raising snook to replenish the species in the wild.

Addictive Fishing Television has been one of the most popular saltwater fishing shows on television for the past 10 years, and Capt. Blair Wiggins is happy to share his celebrity with Project Snook. “Being able to help preserve our fisheries, make sure they will be here for the next generation and reach a mass audience with our television show is what it's all about,” Wiggins said. This year, Capt. Wiggins and the Addictive Fishing crew are producing short news features on

Star brite has been making cleaning products for boats, RVs and automobiles since 1973, and this Fort Lauderdale-based company has been a long-term supporter of snook research. “Star brite is honored to be part of Addictive Fishing's Project Snook by producing our Limited Edition Blair's Boat Wash,” said Bill Lindsey, Vice President of Marketing for Star brite. “Our company is run by hardcore fishermen and boaters who recognize the importance of the efforts being undertaken by Mote Marine Lab to restore Florida's snook fisheries. We agree with Blair that our natural resources are the greatest gifts we can provide to future generations, which is why we formulate our products to be biodegradable and why we developed and manufacture the innovative biodegradable bottles used in Blair's Boat Wash.” 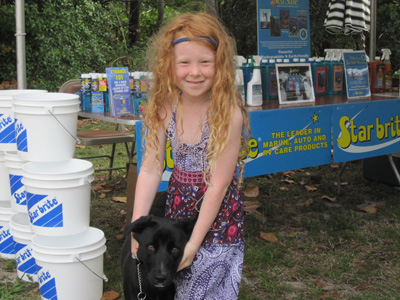